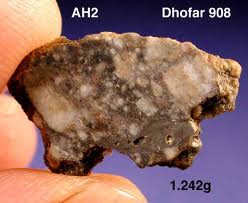 Dhofar is a region in southern Oman. How it relates to XerJoff's Shooting Star line and its backstory of a meteorite shower over Siberia is anybody's guess. But a little research reveals a piece of meteorite had been named 'Dhofar' after the location where it was found. Nonetheless, with a moniker hailing from the Arabian peninsula, I expected something exotic with perhaps a Middle Eastern vibe.

I was right. Although Dhofar opens with a classically inspired herbal lavender, the pine needles, the jatamansi and spices harmonise wonderfully with a darkly earthy patchouli (though I swear it smells more like vetiver) to produce a distinctly masculine aura. It feels as though a traditional classic masculine such as Eau Sauvage is given a Middle Eastern-styled makeover, the continuous tension between soapy and earthy-spicy elements creating a rather interesting dissonance. Very original indeed. Unfortunately I'm neither tall, dark nor hairy(?) enough to carry Dhofar with aplomb.