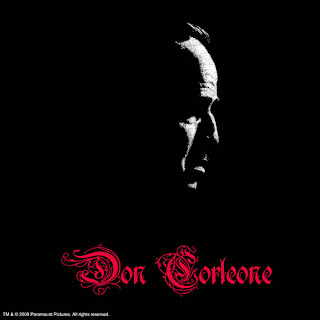 "...a man who doesn't spend time with his family can never be a real man."
- Don Corleone, The Godfather (1972)
Spoken by one of cinema's most charismatic mafia dons, those words seem at odds with the ruthless way he deals with his enemies. Don Corleone - the family man, the mafia don - is a study in contrasts, a reunification of contradictions, an iron fist in a velvet glove.
The same perhaps can be said of its fragrance counterpart. Created entirely of naturally derived components by talented perfumer composer Dominique Dubrana or Salaam as he is known now, Don Corleone is an understated yet no less arresting composition involving aromatic herbs, tuberose, tobacco and vanilla. On my skin I get an unmistakable aromatic smokiness from tobacco ablsolue blending into the softly subdued vanilla and floral-herbal elements. But Tobacco Vanille this is not for it wears lightly, nowhere near as sweet given the lighter approach and herbal nuances, with a complexity that only all-natural perfumery can portray.
Sillage may not be its strong suit but the quiet aura it radiates is not without authority. There is an indefinable quality about it that speaks of respect, family tradition, strength and fortitude. Add 'Sicilian flair' to the mix and it seems Don Corleone has just made me an offer I cannot refuse.
Pic: courtesy of Paramount Pictures
Posted by Diamondflame at 3:12 PM