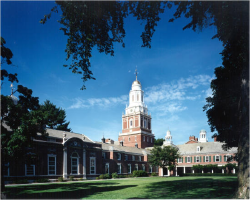 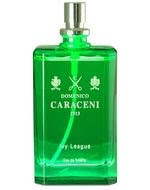 Given a name synonymous with an elite group of institutions bearing proud traditions of sporting and scholarly excellence, Domenico Caraceni's Ivy League certainly has a lot to live up to. naturally I expect a fragrance that is youthfully 'preppy' yet conveys a certain sense of tradition.
Ivy League opens briskly on my skin with bitter citrus, gradually softening to a sparkling blend of light white florals that retains enough of its green soapy profile to keep its sillage freshly-preppy and away from 'mature women' territory. There is also the occasional hint of earthy vetiver roots reminiscent of Dior's Eau Sauvage - faint at first but gaining prominence as the florals recede. Projection and sillage are both tastefully moderate, with just a touch of sweetness in the earthy musk drydown.
While I do wish for the citrus soap element to last longer, in terms of concept Ivy League delivers. Yes, the opening may come across somewhat detergent-like to some but the fragrance development itself is as exhilarating as a road trip with your college buddies. I also think Ralph Lauren would kill to have this formula - Ivy League would have been an outstanding addition to the Polo family!

Posted by Diamondflame at 11:51 PM