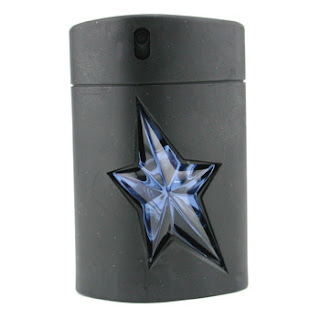 Nevertheless the transition to the middle coffee-tar-patchouli accord is surprisingly smooth, the patchouli's minty tinge taking over where the peppermint left off, while its earthy grit brings the rich, bitter coffee and tarry styrax into play. Wow! This is by far my favorite part of the scent as the projected sillage at this point feels almost like a 'noir' version of Yohji Homme.

Alas, the excitement wears out all too soon, the scent deteriorating into that of 'chocolate milk' - creamy and chocolatey-sweet. Don't get me wrong, I love chocolate milk as a drink; I just do not want to smell of it. Especially not when it lasts as long as A*Men does.

In all fairness, I have to respect the composition for its groundbreaking boldness. It sort of reminds me of the original Star Wars trilogy. Like the George Lucas' blockbuster, it begins a little ploddingly as the story builds up and characters are introduced. Then it grows sombre, dark even and edge-of-the-seat-exciting, pretty much the way The Empire Strikes Back does. But by the time the cute and cuddly Ewoks start dancing around the campfire in the Return of the Jedi finale, you can't help but go "What the_?"

Not a fan of Star Wars, you say? Fine, what about The Terminator? The first is a cult classic and the sequel is jaw-droppingly awesome. But Terminator 3?? After that absolute stinker I doubt if I'll say "I'll be back".

Exactly what happened with A*MEN.